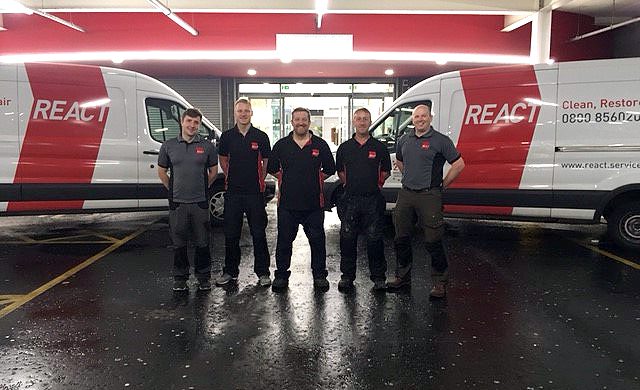 Excessive rainfall  on June 1st 2018, left Drainage systems overflowing around the Meadowlane shopping centre.  The excess water streamed from the upper levels of the car park and into the underground car park, through man doors and onto shop floors.  Frantic shoppers were fleeing the shopping centre  in disbelief.

Ni Fire and rescue team attended the scene quickly, who evacuated the building and brought it all under control very quickly. Thankfully there were no injuries.

The React flood response team visited the site on Friday evening and worked with Meadowlane staff into the small hours to relieve the flood water and clean up the damage.

The affected shops were open for business as usual on Sunday 3rd of June due to the swift action of our team.